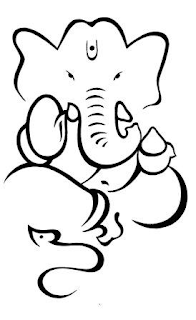 With gleam of Diyas And the Echo of the Chants, May Happiness and Contentment fill Your life .

Wishing you all my Hindu friends and familys a very HAPPY and PROSPEROUS DEEPAVALI 2011 !!!

See you'll in our future events & our store/academy too : )

Thank you for all the great support .

Email ThisBlogThis!Share to TwitterShare to FacebookShare to Pinterest
Labels: Celebration 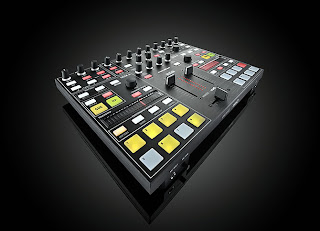 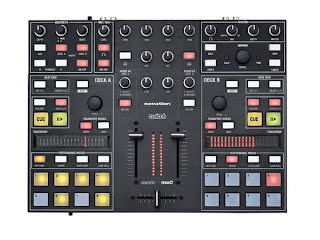 Novation TWITCH is a DJ controller with a completely new take on DJing. The worlds of digital DJ and Controllerist are colliding; performers are looking for new ways to manipulate music.

Instead of simply mixing tracks together with 'decks in a box', TWITCH re-focuses on cutting up beats, glitch-esque looping, firing off cue points and getting a totally different level of control over FX.

TWITCH has been co-developed with Serato and comes with ITCH DJ software, which is ultra-stable and has some powerful performance features, including the ability to beat-match your tracks so you can do some incredible remixing in real-time without falling out of sync.

Mixing tracks and FX
Mixing tracks
ITCH can beat sync two tracks so they are in perfect time. Or, you can beat match them manually with the Touchstrips, swiping the track backwards and forwards – just like grabbing and moving it on a touchscreen. You can also use them to speed-up or slow down the track as if you were nudging forwards or backwards.

Mixer with Fader FX
TWITCH operates in a similar way to a conventional DJ mixer. Its layout includes typical DJ mixer controls: channel faders, tone controls, trim, and a cross-fader. TWITCH also gives you total control of ITCH’s on-board FX. However, you can also assign FX to both Decks' faders, as well as rotary knobs in the FX section. This enables the kind of quick-fingered FX trickery that can only be pulled off with fader movements.

Slice-up your tracks
‘Performance Modes’ let you get hands-on with ITCH’s most powerful tools.

The ‘Slicer Mode’ on TWITCH uses ITCH’s powerful ‘Beatgrids’ system to chop sections of your track into eight equal slices. You can then re-arrange these on the fly without falling out of time, creating totally new grooves.

In Hot Cues mode you can set 8 cue-points and re-start the track at any of those points, allowing you to jump around your track at the touch of a button.

The 8-button grid can also be used to trigger loops of different lengths using Autoloop & Loop Roll modes. Autoloops can be saved with the track so you can rehearse routines and load them on stage.

Tough and portable
Professional and Portable
TWITCH is designed for performing, so we made it tough and compact enough to carry from gig to gig. It has an aluminium top panel and is small enough to be carried with your laptop. Its modest size means it will slot into tight spaces in DJ booths and on stage.

Audio Interface
TWITCH includes an ultra-reliable 2 in 4 out USB audio interface with high-level/low noise main and headphone outputs so it they can be connected directly to large PA systems as well as home audio set-ups with zero hum or noise. There is also a microphone input for vocalists or MCs which you can run through the effects in ITCH.

Other DJ Software
TWITCH comes with Serato's powerful ITCH DJ software, but it is also a standard MIDI controller and audio interface that works with all major DJ software including Traktor and Ableton Live.

Powerful 2 and 4 deck mappings for Traktor PRO can be downloaded from the Novation website. All the controls you need to perform have been mapped to the Touchstrips, knobs, faders and buttons on TWITCH. A free Traktor PRO overlay is included in the TWITCH box which labels what each control does. Simply place it on TWITCH to transform it into a Traktor controller with a difference.

As MIDI controller, TWITCH will currently map to Ableton Live so you can launch clips, control devices, channel levels, crossfader and more. It also has a built in audio interface making it the perfect compact Ableton DJ controller.
Posted by Excessive Records Pro DJ Shop, Sungei Wang Plaza, Kuala Lumpur, Malaysia at 10:19 AM No comments:

Email ThisBlogThis!Share to TwitterShare to FacebookShare to Pinterest
Labels: novation 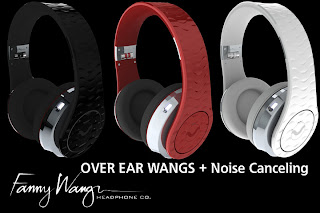 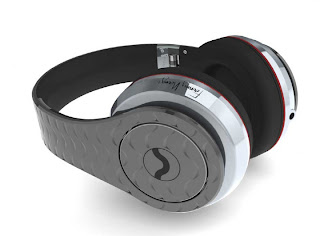 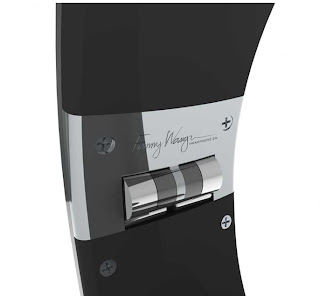 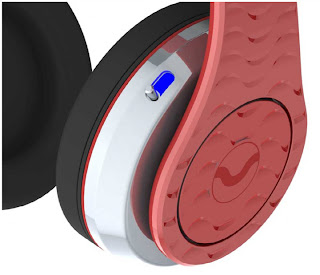 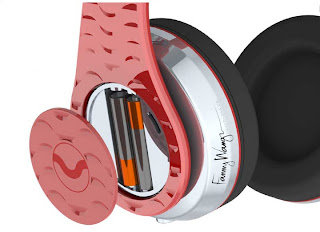 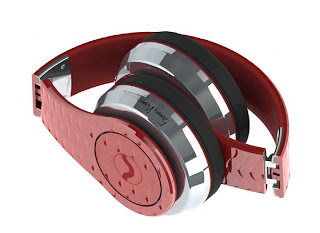 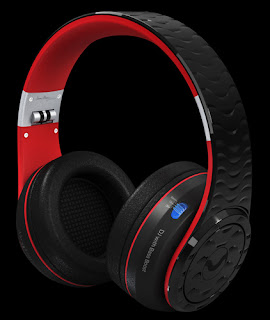 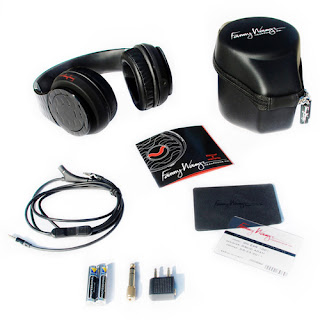 
About the DJ Over Ear Wangs:

Powered by 2 AA batteries, the Over Ear DJ Wangs deliver 6dB of assisted Bass Boost. Fanny Wang's signature design and unique combination of high-fashion style and premium sound are breaking ground in the high-end headphone market. The 2001 Over Ear DJ Wangs are the latest offering from the innovative Fanny Wang team.

From the studio to the club, the DJ Over Ear Wang Headphones offer enhanced sound with selectable bass boost. The 50mm titanium dual-plated drivers let the DJ Wangs deliver the cleanest sound production in its class. Tuned to deliver natural, thumping bass with crystal clear mids and highs, the selectable Bass Boost fine tunes the Fanny Wang combination of beauty in sound and design. The DJ Over Ear Wangs are currently available for pre-order and will ship late Summer 2011.

The 2011 Over Ear DJ Wang Headphones include:

* iPhone ready with remote and microphone

* Comes in a variety of color combinations

"The sound these headphones bring are incredible," said Fanny Wang's CEO Tim Hickman. "Our design engineer has been working non-stop with our sound engineers to create a product that is both beautiful to look at paired with awesome listening capabilities," added Hickman. "The powered Bass Boost offers our consumers clear, rich bass without cluttering the middle and upper end of the sound spectrum."

Fanny Wang expects the Over Ear DJ Wang Headphones to be popular among both DJ's, avid audiophiles, and sound-engineer professionals.

Like the rest of the Fanny Wang headphone line up, the Over Ear DJ Wangs come with an integrated DuoJack cable splitter and a Limited Warranty.
Posted by Excessive Records Pro DJ Shop, Sungei Wang Plaza, Kuala Lumpur, Malaysia at 10:00 AM No comments: 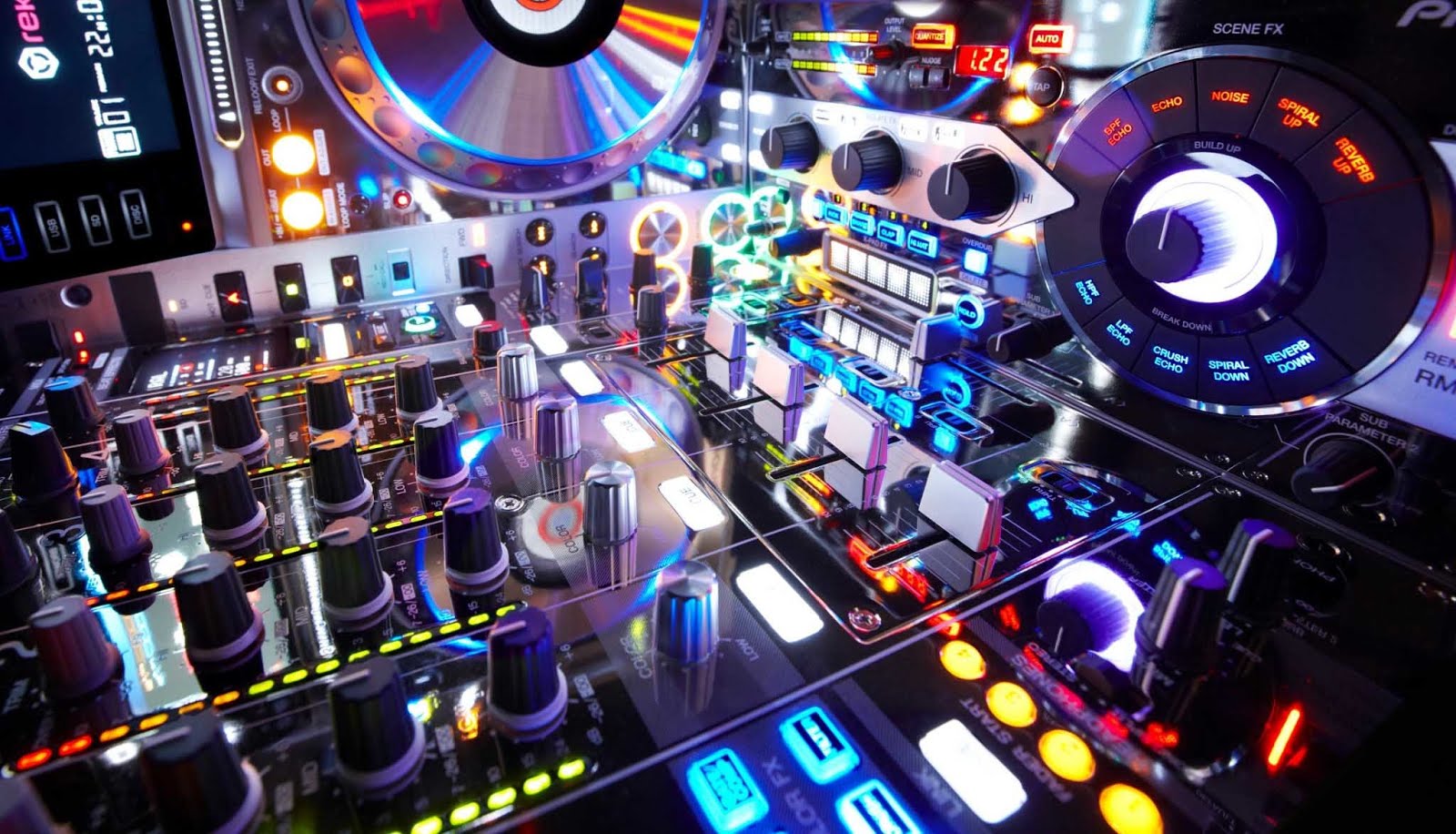